Alzheimer’s Disease is a debilitating neurodegenerative illness for which there are currently no effective treatments. Mutations in the AD-associated gene TREM2 have been implicated in dysregulated microglial autophagy – the degradation of intracellular structures in immune cells that regulate homeostasis in the central nervous system.

These findings prompted further targeted analyses of cellular energetics and oxygen consumption rates. The observation that energy utilization was impaired in TREM2-deficient immune cells lead the authors to test whether the addition of cyclocreatine, a bioavailable creatine-phosphate precursor, could increase microglial energy levels and decrease autophagy in TREM2-deficient mice. Additional biochemical assays confirmed that dietary cyclocreatine supplementation was sufficient to improve microglial metabolism and reduced plaque-associated neurite dystrophy, a hallmark of Alzheimer’s Disease.

These findings add to a growing body of evidence that highlights the important role that cellular metabolic regulation plays in maintaining homeostasis in the tissues of the central nervous system, as well as the utility of untargeted omics technologies for generating specific biological hypotheses.

If you would like to learn more about how our high-throughput untargeted metabolomics platform can support your research, please contact us. 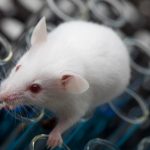 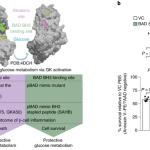